Getting pulled over by the police is never a pleasant surprise, but this holiday season the police department in Lowell, Michigan decided to change that. A police officer was pulling over unsuspecting victims for minor traffic violations, and then would casually ask them what they or their kids wanted for Christmas. Meanwhile, he would secretly tell his team of “magic elves” that were hiding out at a nearby store and they would buy those gifts and run them over to him. The police officers felt it was important to take the time to show their citizens just how much they care, and you can see in the citizen’s faces just how much it made their day. 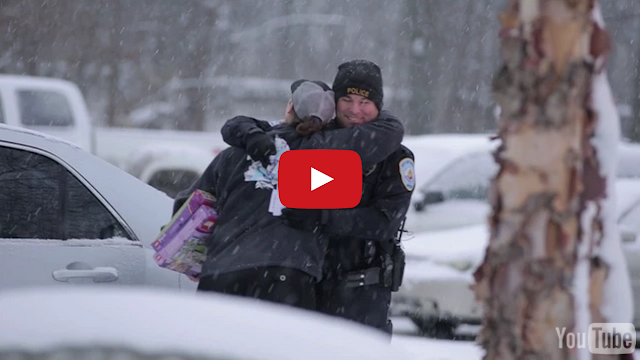