In this clip from a recent episode of Spike’s Lip Sync Battle series, the stars of the upcoming holiday film, The Night Before, Anthony Mackie and Joseph Gordon-Levitt battled it out. Anthony Mackie kicked things off with a lip sync performance of M.C. Hammer’s 1991 hip hop hit “2 Legit 2 Quit“, which was followed by Joseph Gordon-Levitt’s brilliant lip sync rendition of Janet Jackson’s 1989 pop hit “Rhythm Nation.” 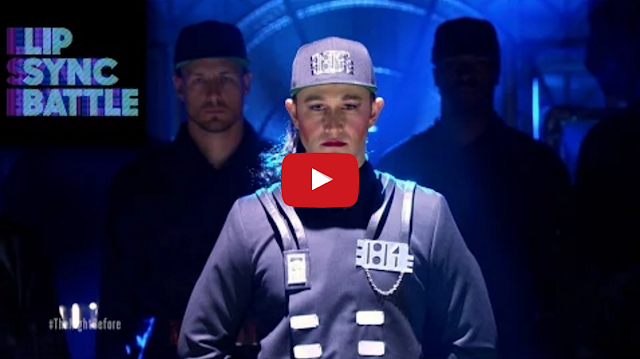