Jimmy Kimmel “tried” to organize a reunion of the cast from NBC’s long-running medical drama, ER, for George Clooney (who starred on the show from 1994 to 1999), but only managed to get Hugh Laurie, from the medical drama House, to show up (who was never on ER). 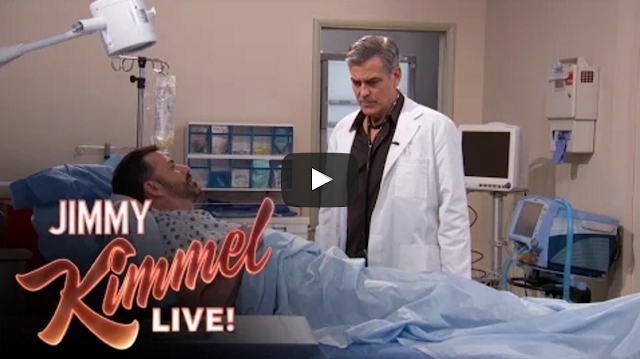