Cassandra Fairbanks filmed this short clip of Late Show host Stephen Colbert getting “escorted” off the stage by security at the Republican National Convention after briefly mocking Republican presumptive nominee, Donald Trump, while dressed as Caesar Flickerman from the Hunger Games films (I’m guessing this is part of a bit for an upcoming episode of The Late Show).

“Look, I know I’m not supposed to be up here, but to be honest, neither is Donald Trump.” 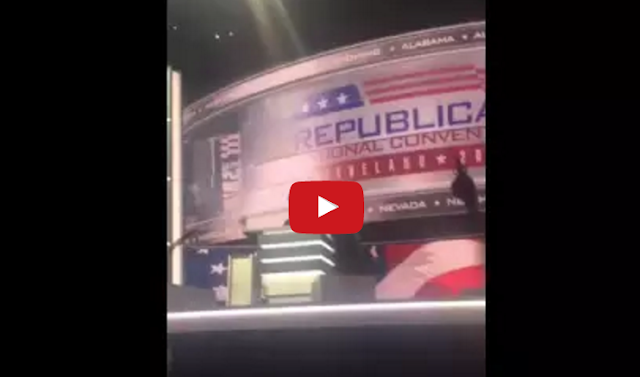