(PG-13 language) Things didn’t go as planned for a couple of armed robbers who recently tried to rob a Boost Mobile store in Paterson, New Jersey. The store’s quick-thinking clerk, Tommy Torrez, managed to escape through the back door, then shut the steel outside doors of the mobile store and the connected office next door (this is shown in the unedited security video below). Eventually, a crowd gathered to watch (and laugh at) the helpless robbers as they tried to escape before police arrived, which they eventually managed to do, due to a slow police response time. 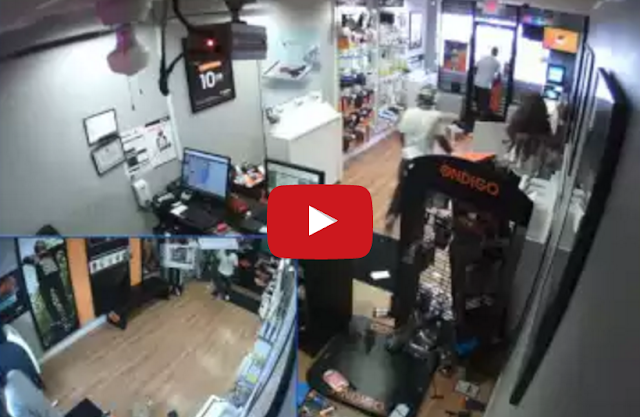