Hot Wheels and Star Wars joined forces to create the “ultimate ride for the dark side”. The real-life Darth Vader car (a heavily modified Chevy Corvette C5 with a 536 horsepower LS3 engine) is currently on display at this year’s San Diego Comic-Con. The mini Hot Wheels version of the car, as well as other Star Wars character cars, will be released later this year. 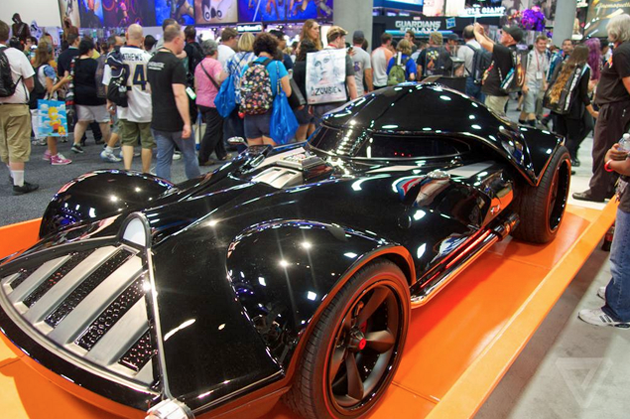 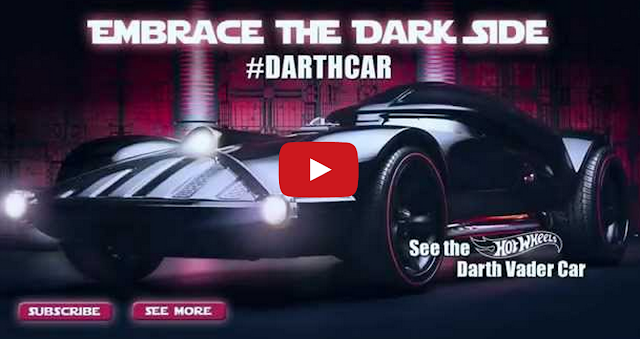