WGN-TV anchors Robert Jordan and Jackie Bange’s secret handshake would give any middle school BFFs a run for their money. Their first commercial break handshake went viral in 2009 for being over-the-top goofy and over two minutes long. Now, five years later, they’re back and they’ve added an even bigger spin to it. The newest shake is so elaborate that it now spans the length of two commercial breaks instead of just one. 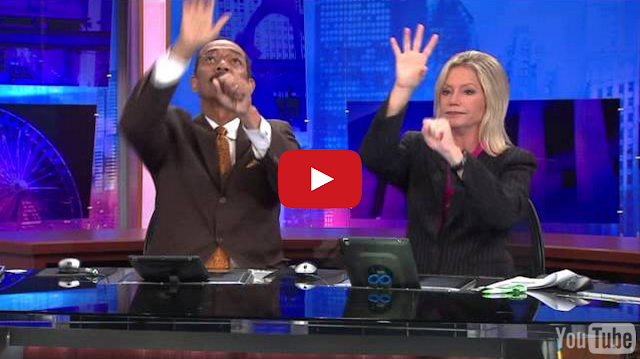