President Obama surprised some early voters in Chicago on Monday where he showed up to cast his ballot. Obama chose a voting booth next to Aia Cooper, whose fiancé Mike Jones joked to the president “Don’t touch my girlfriend.” Anyone who’s seen House of Cards knows the president is not someone you want on your bad side, but lucky for Mike, Obama played it cool and said “I really wasn’t planning on it.” 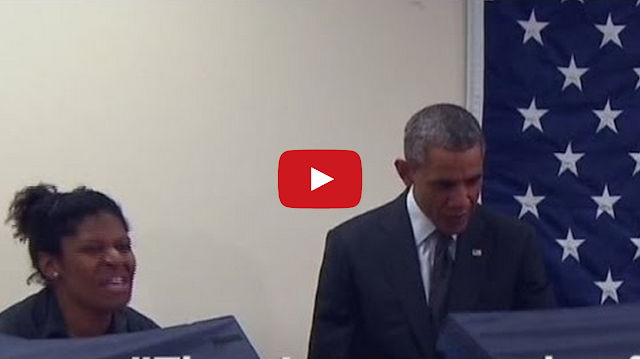