Daniel Bravo was fly-fishing on the Snake River when he got an unexpected food delivery, and it wasn’t from GrubHub. A deer casually walked up to him from across the river, and he just happened to have a powdered donut around one of his antlers. Whether the deer wanted it or not, the guy took the donut off for him. Maybe he was saving it as a snack for later? Maybe it fell from the sky? The mystery of the donut’s origin may forever remain unsolved. 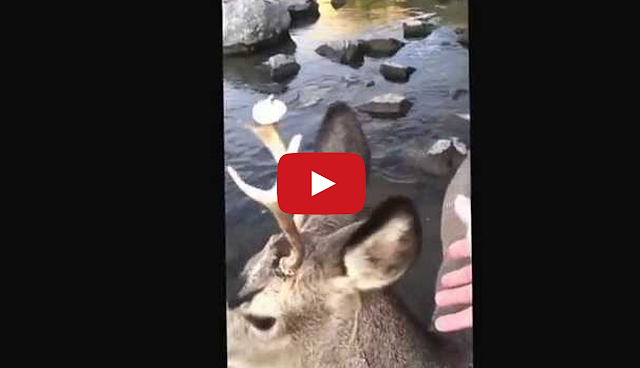