This sneaky little squirrel was hunting for the usual nuts and sticks when he stumbled across something of immensely greater value – a GoPro that also happened to be attached to a piece of bread. The speedy thief snatched it off the ground and quickly ran it up a tree to claim dibs. The owner of the camera had attached bread to the GoPro in the hopes of getting some cool footage, however strangely enough the squirrel was more interested in the food than the electronics. After munching on the bread, the squirrel tossed the GoPro off his high tree branch and sent it crashing to the ground like it was nothing. 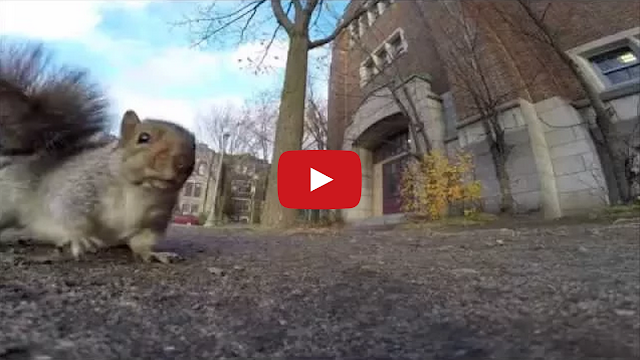