Smosh Games and Screen Junkies bring you an honest trailer for Super Smash Bros. “Nintendo’s Hunger Games” to celebrate the upcoming release (11/21) of the Wii U version of the addictive Nintendo crossover fighting game.

“From the company behind the Wii, and the other Wii, comes a series full of cute childhood nostalgia that you can pound the living crap out of – Super Smash Bros.” 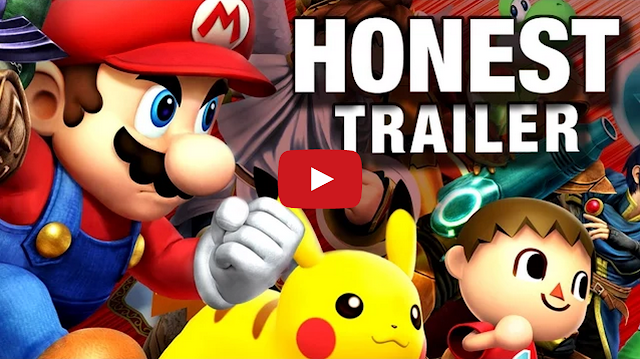