“I had nothing to do yesterday so I started once the trailer came out so I built the Falcon, The X-Wing, The speeder bike thingy, a mini tie fighter, tried to build all the sets, and get all my minifigures put together… then just filming took forever especially the the special effects… I tried stop motion in front of the green screen and that was hard and by this time it was 3am so like more than 12 hours (I took a 3 hour break somewhere) and then finally gave up and used sewing string for the X-Wing and just kind of moved my camera around the falcon, I wasn’t as happy with the falcon shot but I cant work on it at all today so I had to finish it like 4 hours ago, but I just woke up to go to my grandparents house, and now you know everything about how it was made!” 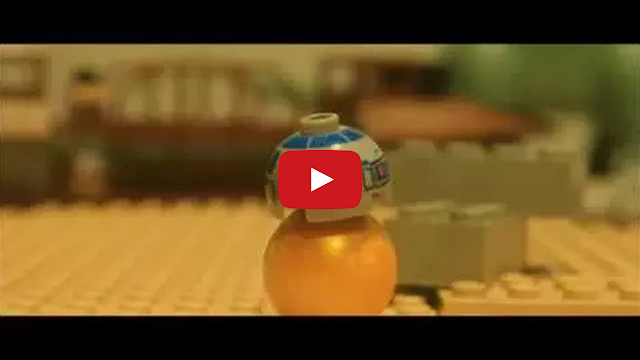