Speaker company UE Boom is out on a mission to “make music social” and they threw a whole bunch of parties to make their point. A giant box wrapped like a present was placed in various public locations around a city, with a tag attached that said “Pull for a good time.” When a passerby would pull it, comedian Nathan Barnatt would pop out wearing a silver spandex jumpsuit. He was also wearing the UE Boom speaker strapped around his waist, and would start a hilarious dance party with each of his unsuspecting victims. 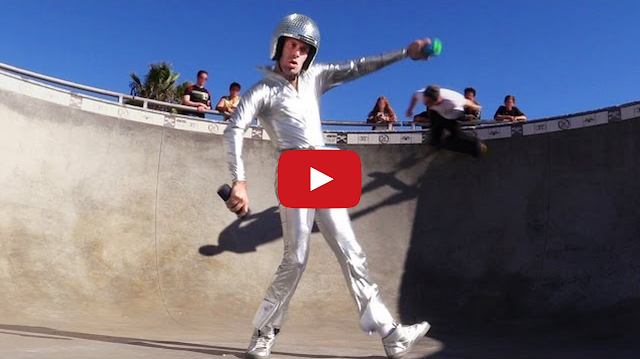