Every Monday YouTuber Chris Ballinger performs a “Magic Monday” trick, and this week he played a hilarious prank on fellow YouTube star GloZell. Using just an iPhone and a creepy fake spider, he scared the hair off her, literally. In a hilarious backfire that might make him think twice about who he pranks, the always theatrical GloZell took off her hair and started whacking him with it when she realized what was really going on. 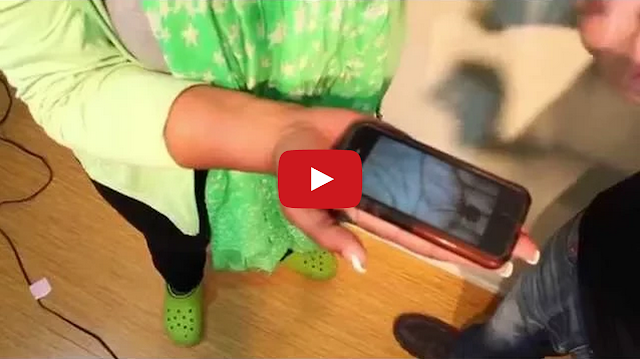