You’ve heard of Batman and Superman, but what about Rainbow Man? This defender of evil developed supernatural powers after being bitten by a rare species of Leprechaun, giving him magical rainbow powers. Rainbow Man (played by Vine star Logan Paul) must struggle to overcome both his own uncontrollable super-strength as well as his arch-nemesis: Black Hole. 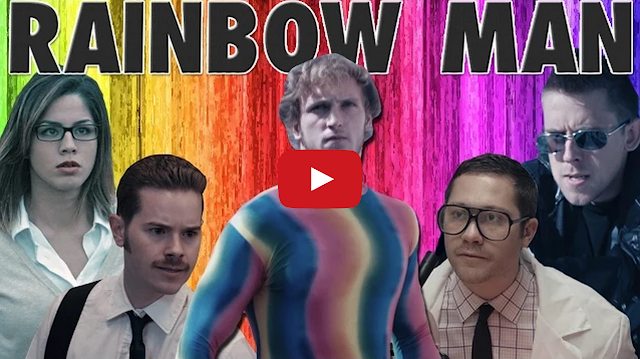