These two creative brothers built an epic door puppet to hand out candy this Halloween. The idea first blossomed when they realized their front door had two small windows on it, and they thought it would be cool to create the illusion that a giant monster was handing out candy. They made a giant eyeball for one window and a big arm for the other, and the results were pretty spook-tacular. 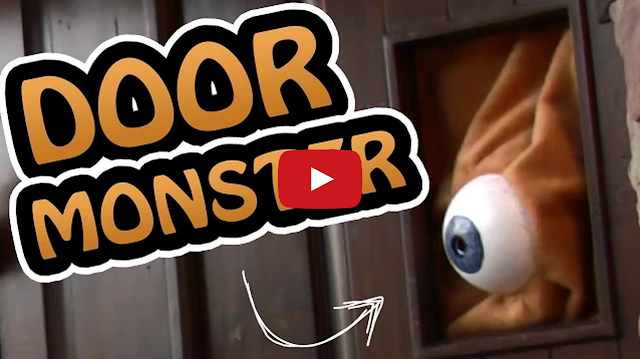