“”All About That Space” is a volunteer outreach video project created by the Pathways Interns of NASA’s Johnson Space Center. It was created as a parody (to raise interest and excitement for Orion’s first flight) of Meghan Trainor’s “All About That Bass”. The lyrics and scenes in the video have been re-imagined in order to inform the public about the amazing work going on at NASA and the Johnson Space Center.

NASA’s Orion spacecraft is built to take humans farther than they’ve ever gone before. Orion will serve as the exploration vehicle that will carry the crew to space, provide emergency abort capability, sustain the crew during the space travel, and provide safe re-entry from deep space return velocities.” 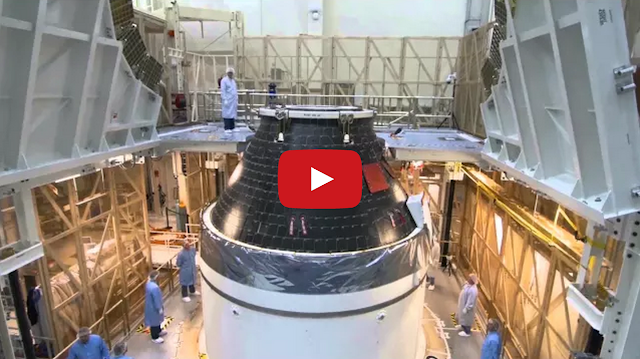