Tom BetGeorge, a music teacher from California, has created an epic Christmas light display set to all of his favorite Star Wars scores. The teacher built giant musical instrument replicas (which actually light up and “play” the right notes) using wood, metal and plastic. His stunning light show has already been featured on ABC’s The Great Christmas Light Fight and Good Morning America, and he donates any proceeds to the poor and his church. The most impressive part of his display is how well he coordinated everything – be on the lookout for a stellar lightsaber fight as well as a fun color-filled finale.

Tom welcomes people to check out the light show in person on the corner of Lafayette and Ruschin in Newark, California, most nights from 6-10pm. 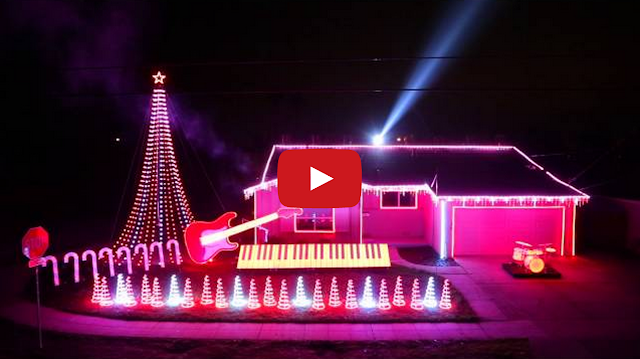