Dogs are incredibly athletic animals, and most of them tend to be especially talented at fetching things like balls and food. Just like humans, however, all dogs are not created equal. We’ve compiled a video of the best dog fetch fails we could find. Some of them aren’t paying attention, some seem to lack any sense of paw-eye coordination, and some of them are just too lazy to be bothered. The one thing they all have in common is they at least manage to be pretty adorable while totally missing their target. 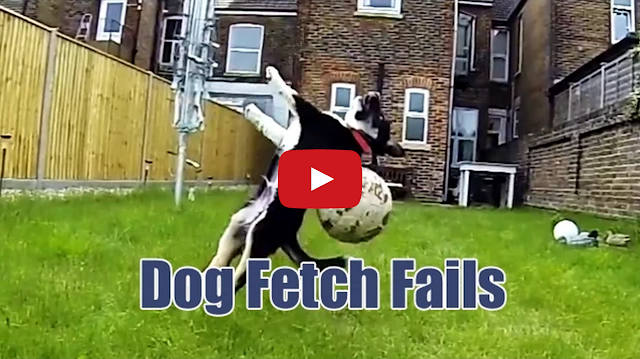