Singer and gun enthusiast Jim Huish performed “The Cup Song” (made popular in this scene from the 2012 film Pitch Perfect) on a “ridiculously cold” winter day in Utah – and he used guns instead of cups. Using a slew of different guns (a Walther P22, an AR15, an AK47 (AK74), and a CZ75), he shot bullets at a row of red cups to the tune of the song. He did a surprisingly good job keeping the beat as he loaded and handled the guns and sang along, especially considering he did so in freezing weather conditions. 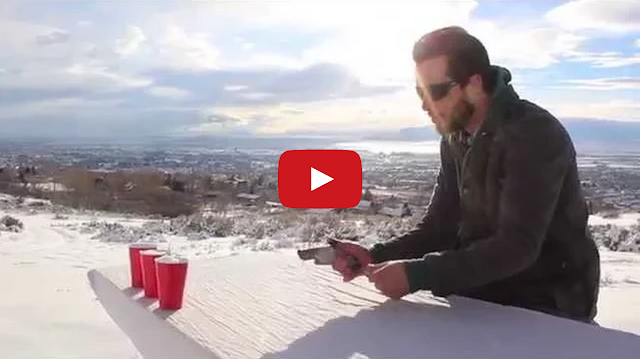