Jamie was posing for a holiday photo with her family on Christmas Eve, where everyone was wearing lettered shirts that spelled out “Merry Xmas”. What Jamie didn’t realize, however, was that everyone was in on her boyfriend Tyne’s secret proposal plan. Her boyfriend had planned out a romantic proposal and managed to get her whole family involved. Just before the photo was taken, a few sneaky family members swapped around so that the shirts changed to read “Marry Me”. When they asked Jamie to take a look at the photo afterwards, she teared up as she realized what was happening and saw Tyne down on one knee. 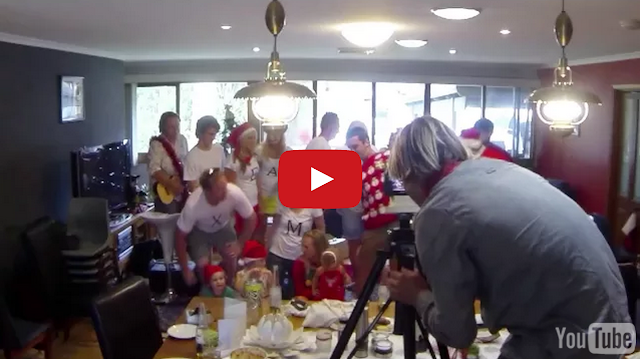