A band called Coyote & Crow was busking at the Bedford Avenue subway station in Williamsburg, Brooklyn when they gained their biggest (and littlest) fan. While they were performing a cover of “Me and My Uncle” by the Grateful Dead, a little girl wearing all pink started excitedly dancing to it, and her sheer cuteness convinced several others to join in her little dance party as well. 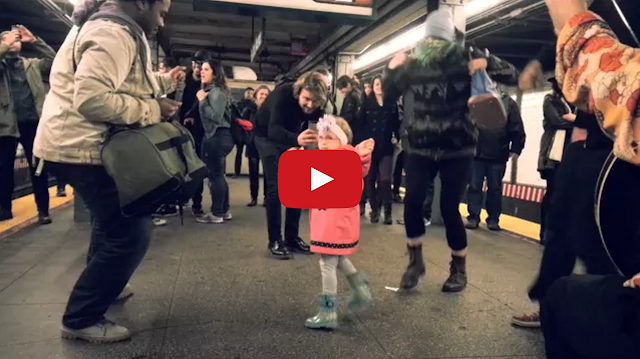