Politically divided brothers Brad and Dallas Woodhouse were making a Washington Journal appearance on C-SPAN when an unexpected person called into the show to complain. Much to their surprise, the caller was their own mother. Mrs. Woodhouse was calling to let them know that she doesn’t appreciate the way they fight during holiday visits, and that they better get their act together by Christmas. The mortified brothers covered their faces and were at a loss for words as their mother scolded them in front of the world on live television. 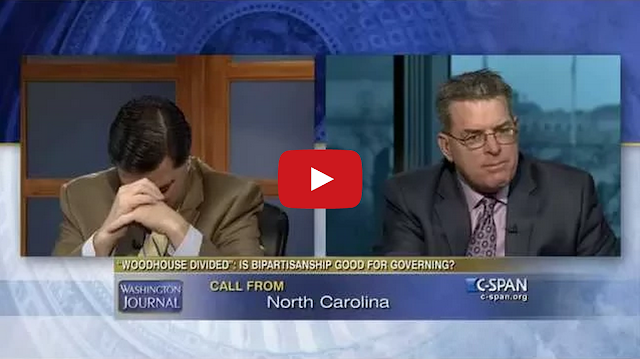