Pixar just released the first full trailer (watch the teaser trailer) for their next animated feature film Inside Out, which comes to U.S. theaters on June 19, 2015 (July 24 in the U.K.).

“From an adventurous balloon ride above the clouds to a monster-filled metropolis, Academy Award-winning director Pete Docter (Monsters, Inc., Up) has taken audiences to unique and imaginative places. In Disney/Pixar’s original movie Inside Out, he will take us to the most extraordinary location of all—inside the mind.” 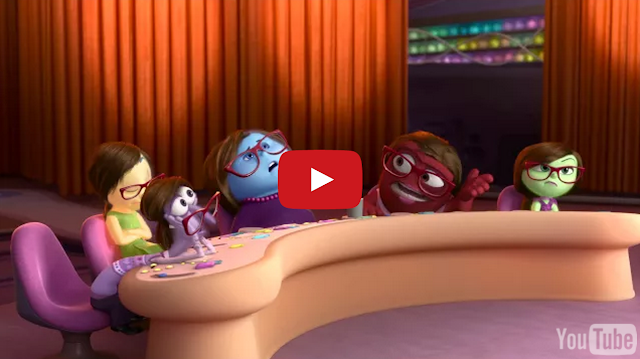