Actress and comedian Whitney Avalon is back with another “Princess Rap Battle” and this time around it’s holiday-themed with Mrs. Claus (Alyssa Preston) squaring off against Mary Poppins (Whitney Avalon). Both women break out the claws and show no mercy, and they even brought along their jolly men, Santa (Parks and Rec‘s Jim O’Heir) and Bert (Kevin Allen), to back them up. Watch to find out which magic-yielding mistress is the ultimate rap princess.

“I know there are no princesses in sight, but I was just too excited about this match-up — and getting to play Mary Poppins!” -Whitney 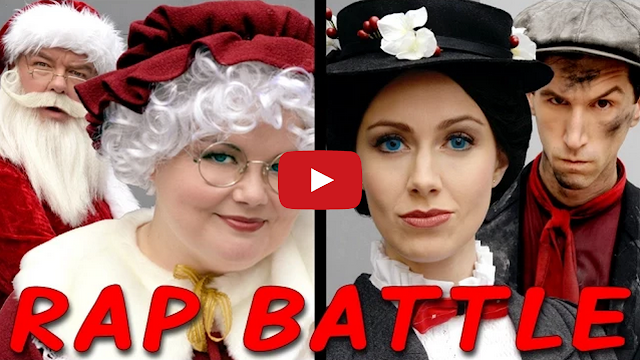