Ryan Higa (aka Nigahiga) recently made a special Thanksgiving video on YouTube that resulted in him having a ton of leftover food. He decided that instead of saving it or letting it go to waste, he would dress up as a ninja and secretly pass it out to homeless people in Las Vegas. The people he helped couldn’t have been more grateful, and will probably never forget the day that a ninja somersaulted out of nowhere and handed them their own personal Thanksgiving feast. 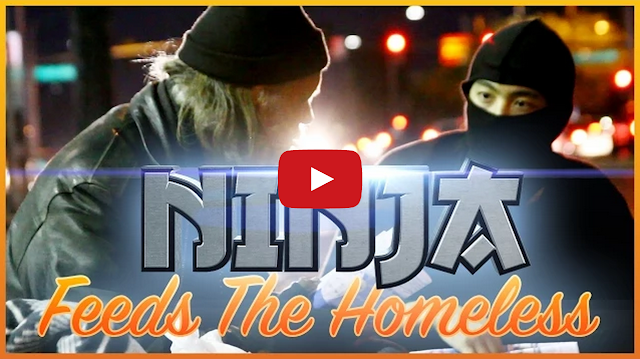