Sophia is a Rhodesian Ridgeback, and her human, Greg Coffin, has been taking photos of her growing since she was just a tiny puppy. Watch as Sophia grows right before your eyes from just 2 months to 3 years in 23 seconds. If it looks like it would be hard to get a dog to pose for these photos, it’s because it was – at the end of the video there are some pretty funny outtakes. 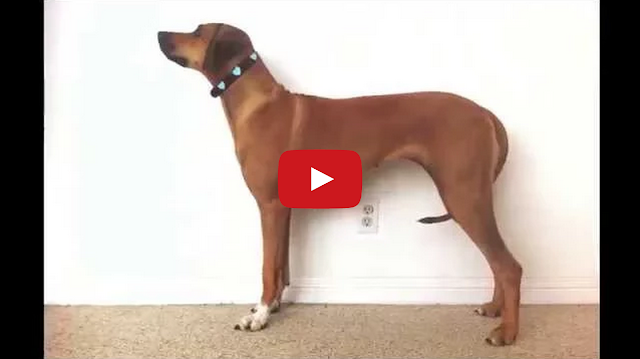