In this episode of “Super-Fan Builds”, Legendary Hollywood prop maker Tim Baker and his team build a one-of-a-kind Batman Tumbler baby stroller (from Christopher Nolan’s The Dark Knight Trilogy) for Batman superfan Josh Earl and his toddler, Collin. If you’re in a hurry, the reveal begins at the 6:30 mark.

Previous Episode: Tolkien Superfan Gets a Hobbit-Themed Litter Box for His Cats 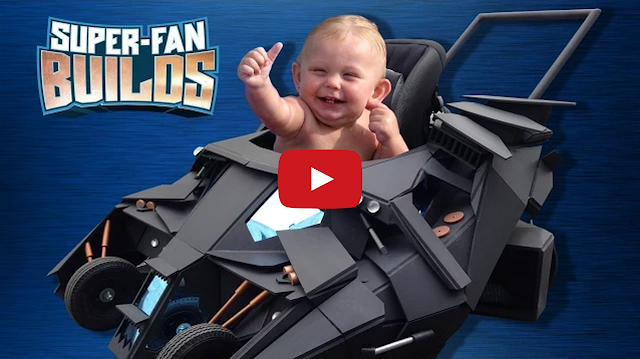