This cute toddler adorably struggles to stay on his feet while having fun splashing around in puddles on a rainy day.

“After weeks of rain in Northern California in December 2014. My son was going stir crazy, he needed to go outside. We have been experiencing the worst drought in decades and he had never been out in a rain storm, and the simple pleasure of splashing in a puddle was new to him. He became intoxicated by the splashing in the puddle he also became dizzy.” 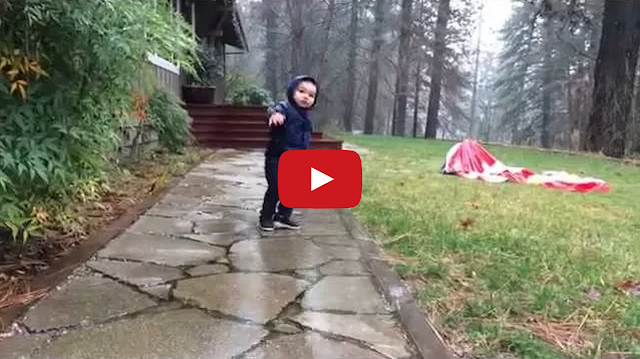