Screen Junkies presents an honest trailer for Dumb and Dumber To, the Farrelly brother’s 2014 sequel to their classic 1994 buddy comedy Dumb and Dumber starring Jim Carrey and Jeff Daniels.

“Harry and Lloyd are back in the comedy sequel we thought we wanted, but didn’t really: Dumb and Dumber To“ 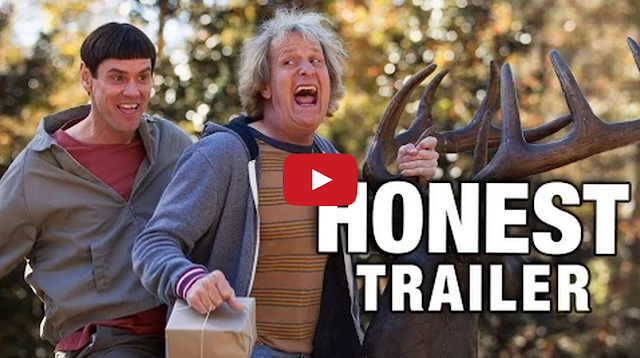