“Canadian Sniper, starring Fake Bradley Cooper: A deadly domestic moose attack spurs an unlikely hero into action in this parody based on the trailer for that movie based on that book.” 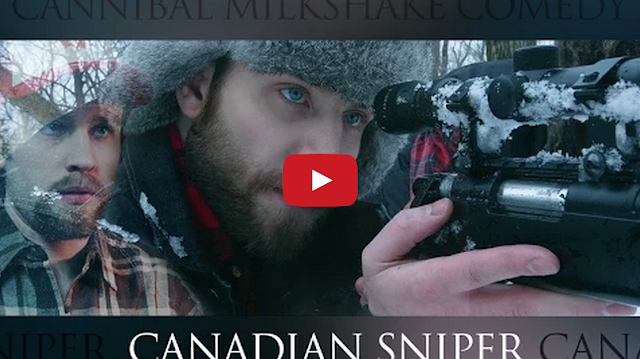