Austrian sound designer Mario Wienerroither removed the dialogue from a recent speech by President Barack Obama (a farewell tribute to Secretary of Defense Chuck Hagel) and replaced it with hilarious original sound effects and voices.

Here’s the original speech for comparison: 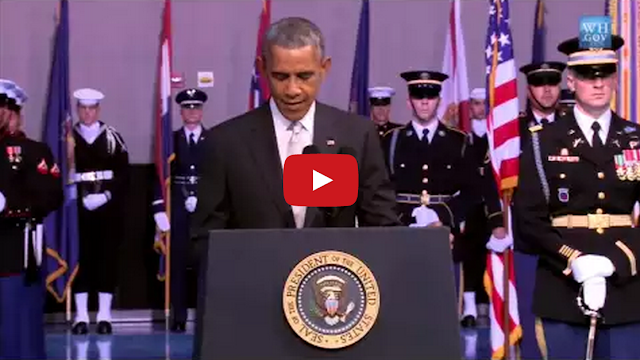