Utah-based musical group The Piano Guys perfectly combine the classical music of Johann Sebastian Bach with The Jackson 5’s first major hit “I Want You Back.”

“What if the harpsichord from the 1770s hit headlong into the talk box from 1970s? What if J.S. Bach and Jackson 5 met up and just jammed? Would they jive? Can you dig it? These are the kind of far out questions we asked ourselves as we laid down these licks and cut this film. We decided to put together a gig with two wigs in dandy attire and two hep-cats in some funkadelic threads to see if it would fly.”

Previously: The Piano Guys Perform a Medley of Batman Theme Songs from the Past 50 Years 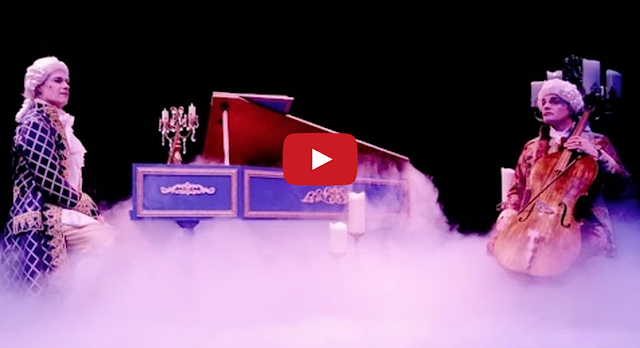