This adorable baby hippopotamus was born early last week at the San Diego Zoo and was just 3-days-old when this video was taken. The mother hippo, Funani, gives nudges of encouragement as the calf learns to navigate underwater.

“Mom and baby are doing fine and animal care staff witnessed the calf nursing on several occasions. Funani, who is 30 years old, has raised four other hippos at the San Diego Zoo – three females and most recently a male, named Adhama, born January 26, 2011. The sex of the newest calf has not yet been determined, as keepers and vets have not been able to get a close enough look at the animal.

Hippo calves are estimated to weigh about 50 pounds at birth and they typically nurse for about eight months. The baby will likely stay very close to Funani during the first several weeks.” 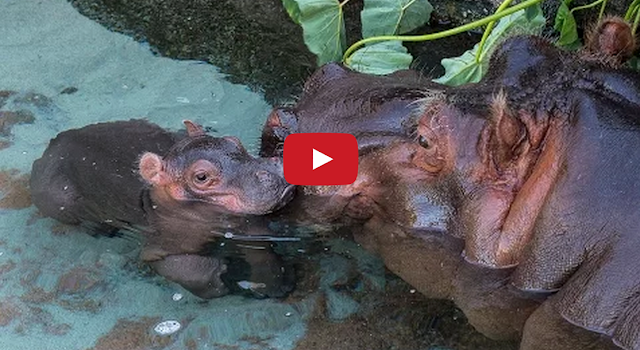