After noticing how often the villains fall in animated Disney movies, mashup artist Frank Ireland compiled a supercut of every falling villain he could find.

“This is a compilation of all the falls from Walt Disney’s Animation Studios. I didn’t include clips from Pixar or their other companies. Just the main movies. I tried to stick with the falls. Not so much being sucked down (Jafar, Horned King). Big Hero 6 doesn’t really count because he was instantly caught (believe me, I thought about it. The fall has to have a landing.). Yzma counts because it’s a parody of villain falls. I hope you enjoy!” 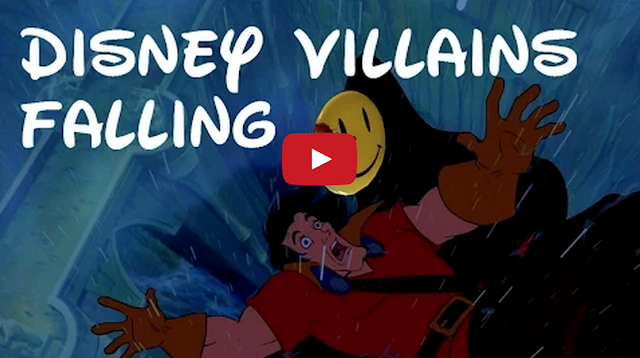