The actor who plays Thomas Barrow on the British drama Downton Abbey, Rob James-Collier, used his iPhone to film a cheesy Star Wars parody (Downton Wars: Episode 1 – The Phantom Valet) with a few of his fellow actors on the set of Downton Abbey. The purpose of the mostly nonsensical short film, which starts at the 1:29 mark, is to help raise money (you can donate on evilbutler.com) for the Chilterns MS Centre, a non-profit organization that provides non-drug treatments for people living with Multiple Sclerosis. 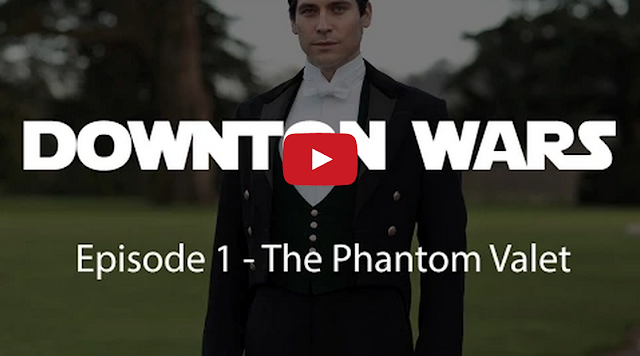