Brooklyn-based actor and filmmaker Meir Kalmanson and the AMK productions team brought a little joy to the lives of commuting New Yorkers by throwing an dance party, complete with a DJ, strobe lights, glow sticks, and even a bouncer, in a random NYC subway car.

“There’s always something going on in the New York Subway – Music, art and entertainers to name a few, but one thing that’s lacking is human interaction. We could be sitting next to a fellow commuter for quite sometime yet we don’t say “hey buddy” and many a time avoid eye contact.

Starting conversation is so important and to break down those imaginary walls I decided to take it to the next level and throw a Dj Dance Party on the Subway.” 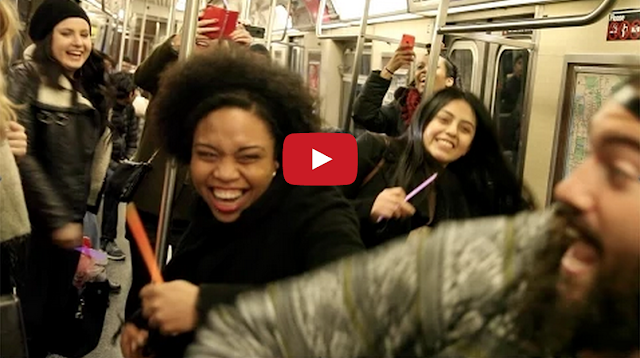