“For our latest mission, we threw a pizza party on a subway car. Two men posing as MTA officials told passengers that their specific E-train car was determined to be the most courteous car in the entire system, and in recognition of their good behavior they were being rewarded with a pizza party. When the train pulled into the next station, eight pizza guys entered, delivering 20 pizzas in warming bags.”

Previously from Improv Everywhere: The Pirates of Central Park 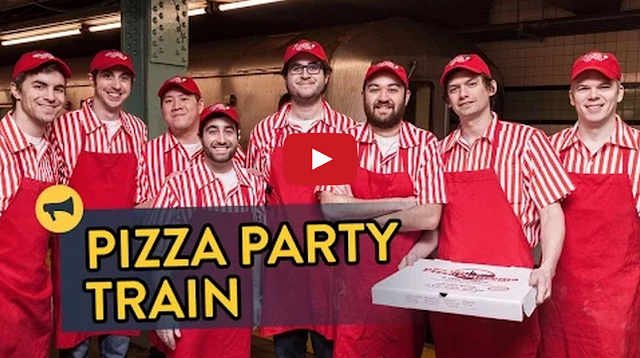