In the first round of this week’s episode Lip Sync Battle, actor John Krasinski started things off with a lip sync cover of ‘N Sync’s “Bye Bye Bye“, which was followed by actress Anna Kendrick’s performance of One Direction’s “Steal My Girl.”

In the second and final round, John went with Tina Turner’s “Proud Mary“, which was followed by an surprise-filled performance of Jennifer Lopez’s “Booty” by Anna.

If the above videos aren’t available in your country you can watch the full episode here. 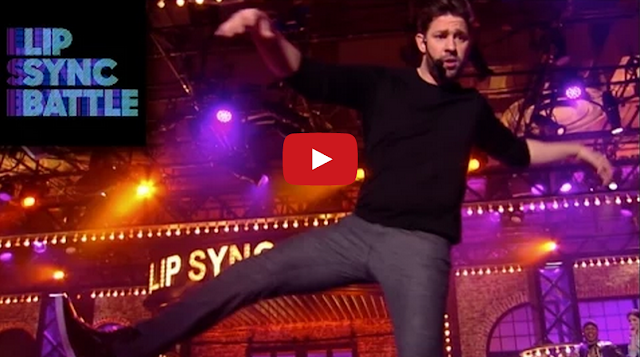