In the first round of this week’s episode Lip Sync Battle, boxing legend Mike Tyson started things off with a cover of The Rolling Stones classic “(I Can’t Get No) Satisfaction“, which was followed by actor Terry Crews’ performance of Run-DMC’s hip hop hit “Sucker MC’s.”

In the second and final round, Terry Crews killed it with his lip sync cover of Vanessa Carlton’s piano ballad “A Thousand Miles“, which was followed by a fierce performance of Salt-N-Pepa’s “Push It” by Mike Tyson. 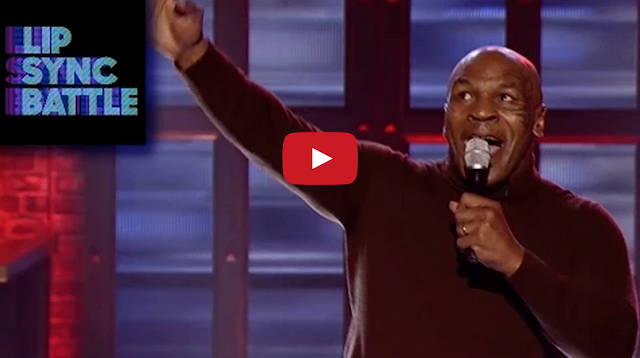