“‘Galaxy Song’ was originally written for the 1983 film, ‘Monty Python’s The Meaning of Life’. It has been re-recorded with the lyrics sung by Professor Stephen Hawking.

Written by Eric Idle and John Du Prez, the song is an intricate and informative lecture on the enormity of the Universe fashioned into a bewitching and, above all, highly amusing pop song.”

Here’s the original 1983 version of “Galaxy Song”, for comparison: 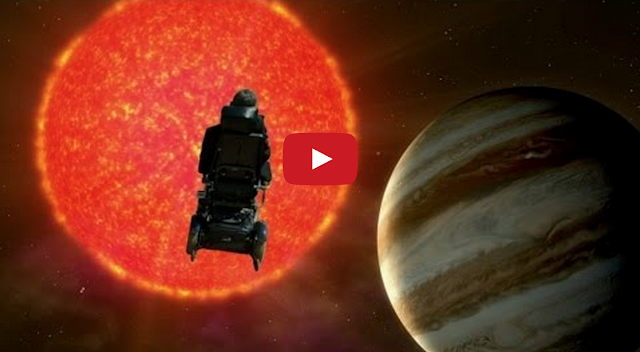