The Fine Brothers, Benny and Rafi, return with another ’90s edition of their popular “Teens React” series. In this episode, a group of teens are asked if they recognize some of the biggest songs from the 1990s, including Ace of Base’s “The Sign”, Tool’s “Sober”, Boys II Men and Mariah Carey’s “One Sweet Day”, and more. 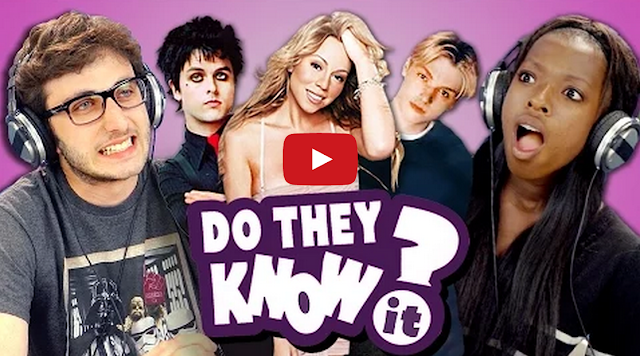