In this episode of Man at Arms: Reforged, the team of blacksmiths and craftsmen from Baltimore Knife and Sword use 19th century techniques to recreate an exact replica of Aragorn’s sword “Narsil” from Peter Jackson’s film adaptations of J. R. R. Tolkien’s The Lord of the Rings series. 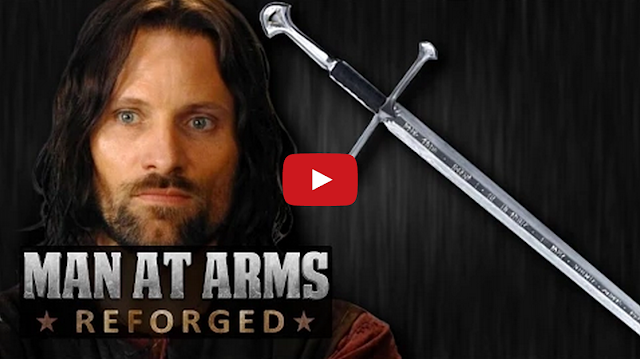