Since Chris Pratt’s Jurassic World co-star Bryce Dallas Howard had to do so much running in high heels while shooting the film, The Late Late Show host James Corden challenged Chris to put on a bright red pair of high heels and run across the show’s set. 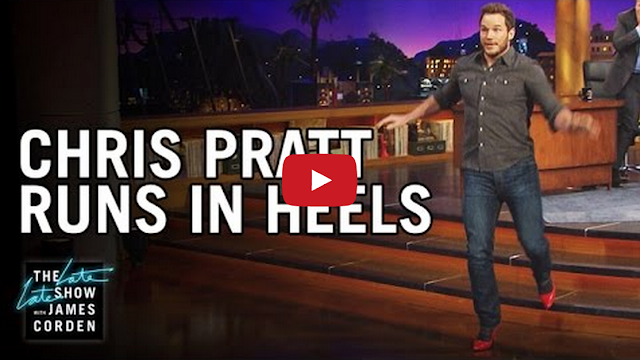