Daniel Baxter and the HISHE are back with part two of their latest animated parody, which humorously imagines a few much more realistic alternate endings to Marvel’s 2015 Avengers sequel, Avengers: Age of Ultron.

Here’s part one in case you missed it:

Previously: How ‘The Hobbit: Battle of the Five Armies’ Should Have Ended 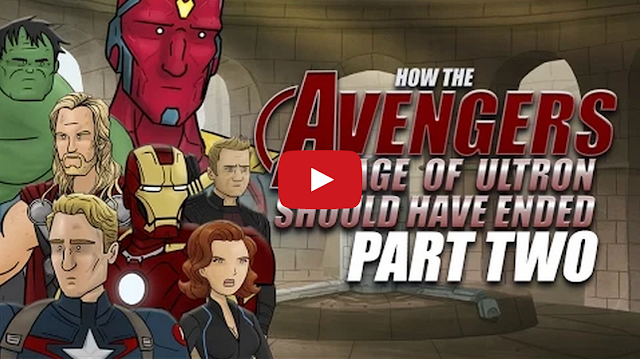