Here’s a short preview of the upcoming animated short film, Riley’s First Date, a mini sequel to the 2015 animated film Inside Out that focuses on the emotions surrounding now-12-year-old Riley’s first experience with going on a date with a boy. The full version of Riley’s First Date will be included in the Inside Out Blu-Ray and DVD, which go on sale October 13, 2015. 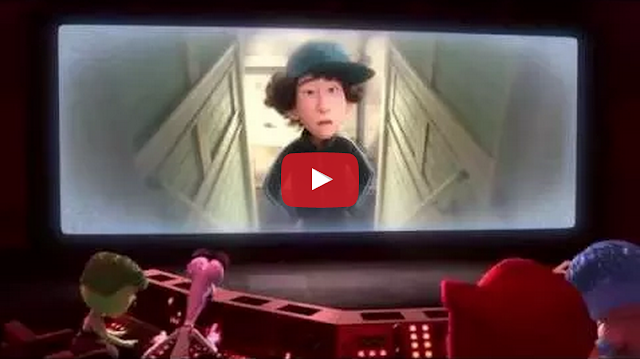