Fast food restaurant Arby’s put together this funny montage of Jon Stewart making fun of Arby’s on The Daily Show (set to the Golden Girls‘ theme song) to say goodbye to the long time host who’s retiring from The Daily Show later this week. 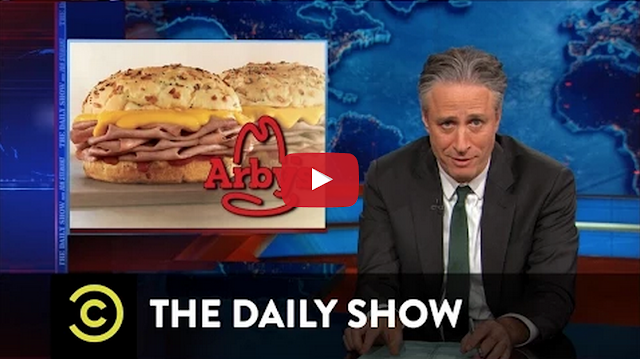