To make feeding time more fulfilling for his cat, named Monkey, Benjamin Millam invented a special feeder contraption that only dispenses food when small plastic balls, which get hidden around the house, are placed into a funnel. Benjamin explains how and why the feeder was made in this blog post on his website.

“This all started after I read an explanation of why cats go about repeatedly exploring the same areas: it’s partly to establish and survey their territory, but they’re also practicing ‘mobile’ hunting: moving about, being curious, and poking their noses around in the hopes of upsetting potential prey and finding a meal.

So what if my cat, while out on patrol, actually found its prey? Surely this would bring him one step closer towards a more fulfilled and self-actualized indoor kitty existence.” 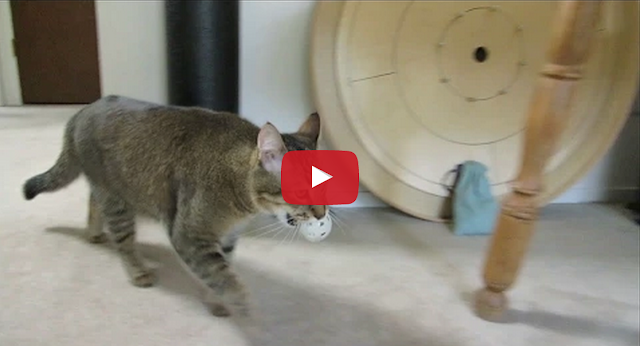