While diving in the Isles of Scilly in 2014, British videographer Gary Grayson had an unforgettable encounter with an Atlantic grey seal. Gary spent five adorable minutes with the affectionate seal (why aren’t they called water dogs?), giving him lots of pets and belly rubs. 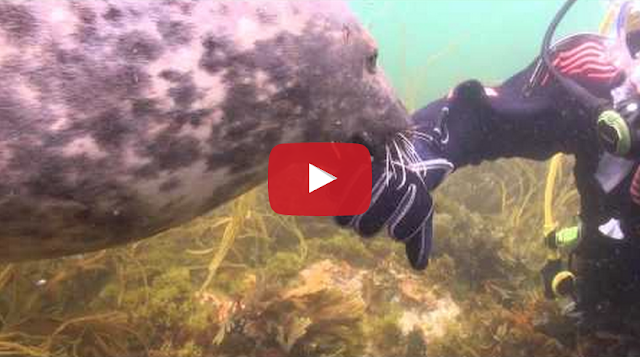