Nikai, a 9-week-old wolf pup, meets Faye, a 13-week-old border collie puppy, for the first time at the Wolf Conservation Center in South Salem, New York. It took the pair a little while to get used to each other, but once they did they became instant best friends and enjoyed some fun roughhousing and games of tug-of-war. 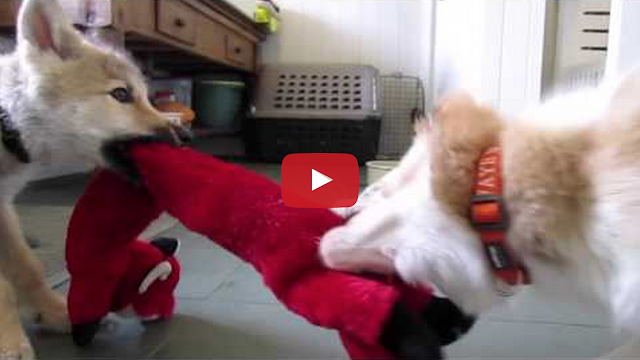